Join the LGBTQ+ Committee, in collaboration with the Tom Homann LGBTQ Law Association, on March on March 3, 2021 at 5:30 p.m. to celebrate the 10th anniversary of the repeal of ‘Don’t Ask Don’t Tell’ (DADT) with a discussion featuring political activist Bridget Wilson. Bridget is a veteran and retired attorney who spent her forty-four-year career fighting for LGBTQ civil rights including co-coordinating the Dixon Defense Group, which defended seven Navy women attacked for being gay and represented service members prosecuted for being gay during the DADT. RSVP 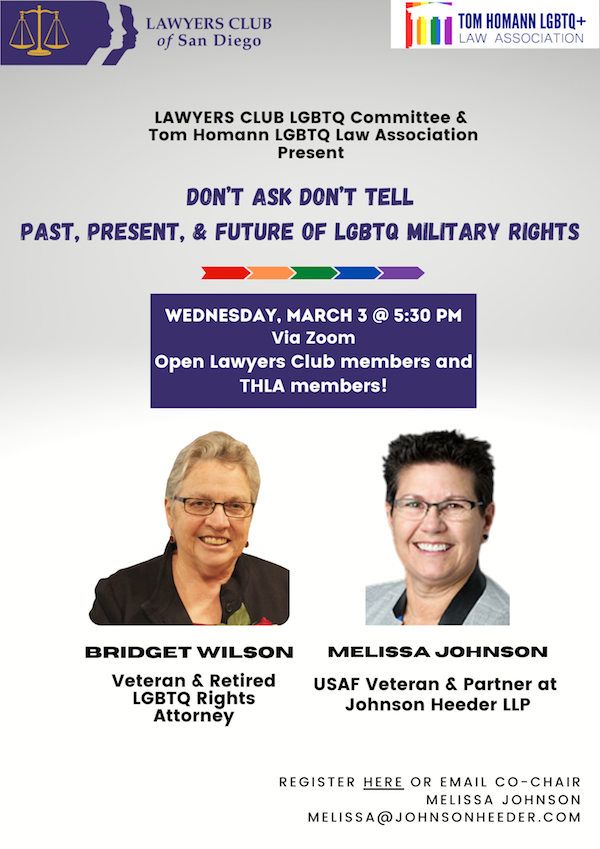