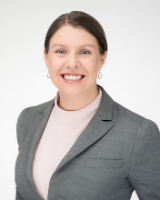 Often described as an advocate at heart, Laura works fiercely for the causes and people in which she believes. This is among the reasons she is thrilled to join Lawyers Club of San Diego and contribute her expertise to our critical mission. Laura is a nonprofit specialist and has been instrumental to the growth of numerous cutting-edge programs and organizations. She has a passion for law and policy and has worked extensively in legislation at the local, state, and federal levels. Laura received her Bachelor of Arts degree magna cum laude from the University of Arizona, with a portion of her studies done at L’Université de Pau et des Pays de L’Adour in the southwest of France. She earned her Juris Doctorate from the University of Wisconsin Law School with a Certificate of Special Training in Environmental Law and Policy Analysis. Outside of Lawyers Club, Laura spends copious amounts of time helping animals, including her rescued elderbull, Jebediah; studying skydiving; and practicing ballet.

Ivy joined Lawyers Club as the Director of Programming in 2018 after working both as an adjunct professor and managing advancement events for the University of Redlands. Originally from the Pacific Northwest, she earned her Ph.D. in International Economics from UC Santa Cruz, and worked for the U.S. Treasury in D.C. as a policy analyst and inter-governmental liaison before returning to the west coast. She loves to surf and occasionally dons her previous hats as a chef, yoga instructor, and economics professor. 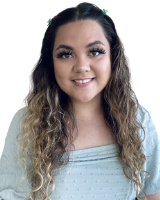 Ashley, a San Diego local, graduated from UC San Diego in 2019 with a major in Cognitive and Behavioral Neuroscience. During her time as an undergraduate, she was involved in nonprofit educational outreach work and coordinated several large-scale programs with local students. She enjoys thrifting, playing board games, and bullet journaling.

For the public: We are not a law firm and we do not provide lawyer referrals. Lawyer referrals for the public may be found on the websites of The State Bar of California www.calbar.ca.gov and the San Diego County Bar Association www.sdcba.org.